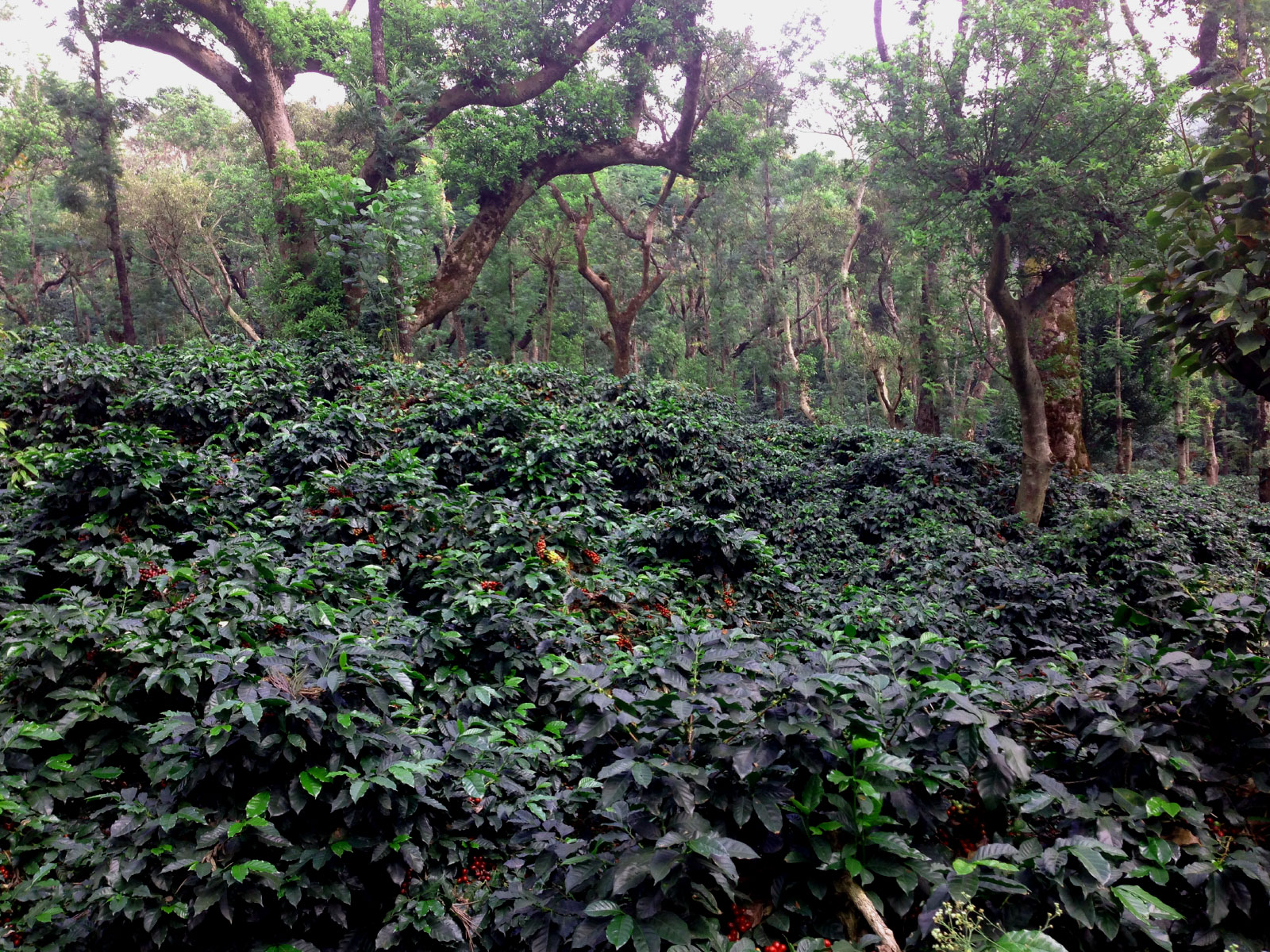 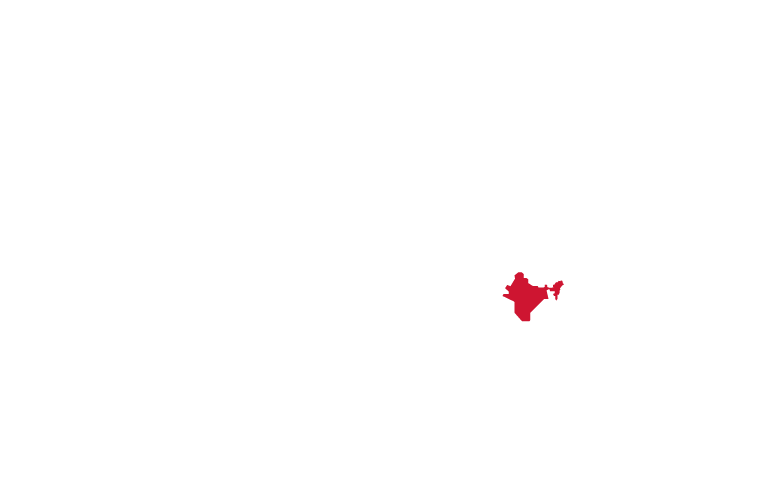 India is a country full of color: bowls of brick red and ocher spices in vivid market streets, turquoise water hitting golden beaches while verdant volcanic mountain ranges sketch the diversity of India's flora and fauna. It is hard not to find any type of vegetation. Not surprisingly, it also offers a wide basket of agricultural produce. Although making up only a small percentage of its exports, India's specialty coffee production has started to drag some serious attention.

India may generally more known for tea. However, the actual origins of coffee production root back to as early as 1670. According to the legend the saint Baba Budan stopped by at the seaport of Mokka in Yemen during his pilgrimage to Mecca. There he discovered a coffee tree and wrapped seven of the grains in his turban smuggling them to India. Once he arrived, he planted the beans in his garden near the evergreen, flowery mountains of Chikmagalur- and so the birthplace of coffee in India had arisen.

In his honor, the fertile mountain chains were named after him (Giri = mountains) and are famous for some of the nuttiest Indian Arabicas. Today, there are about 250,000 coffee growers in India – 98% of them being smallholders. The majority of India's production takes place in the southern part of the country in the states of Kerala and Karnataka. The latter is shaped by the profuse Western Ghats, a mountain range inherent to one of the greatest biodiversity hot-spots in the world.

While Arabica makes up about 40% of the country's production, Indian Robustas have also gained some reputation and are mostly grown in Kerala. Both, Arabica and Robusta beans can also be processed as Monsooned Malabars. This traditional processing method is unique to India and stems from the early days when ships loaded with coffee experienced heavy rainfalls and high humidity on their way to England. Today, the coffees are thus exposed to high humidity during monsoon period to soak up with water and gain the distinct woody flavor. 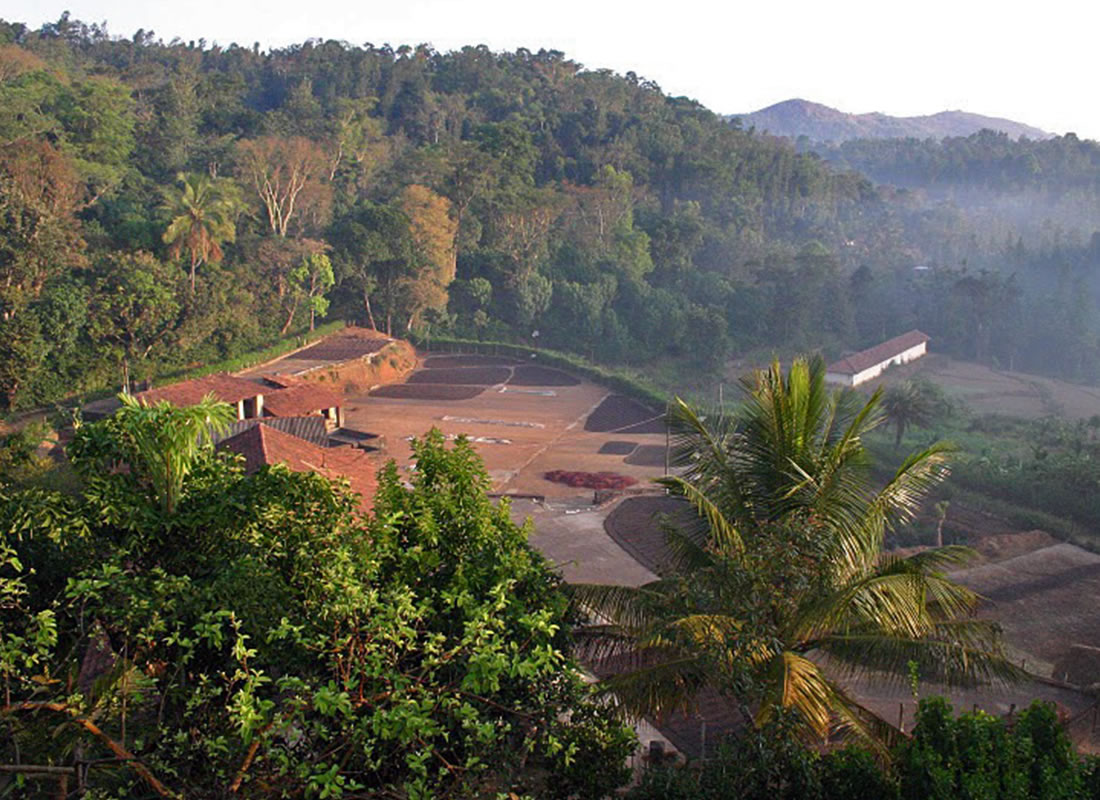 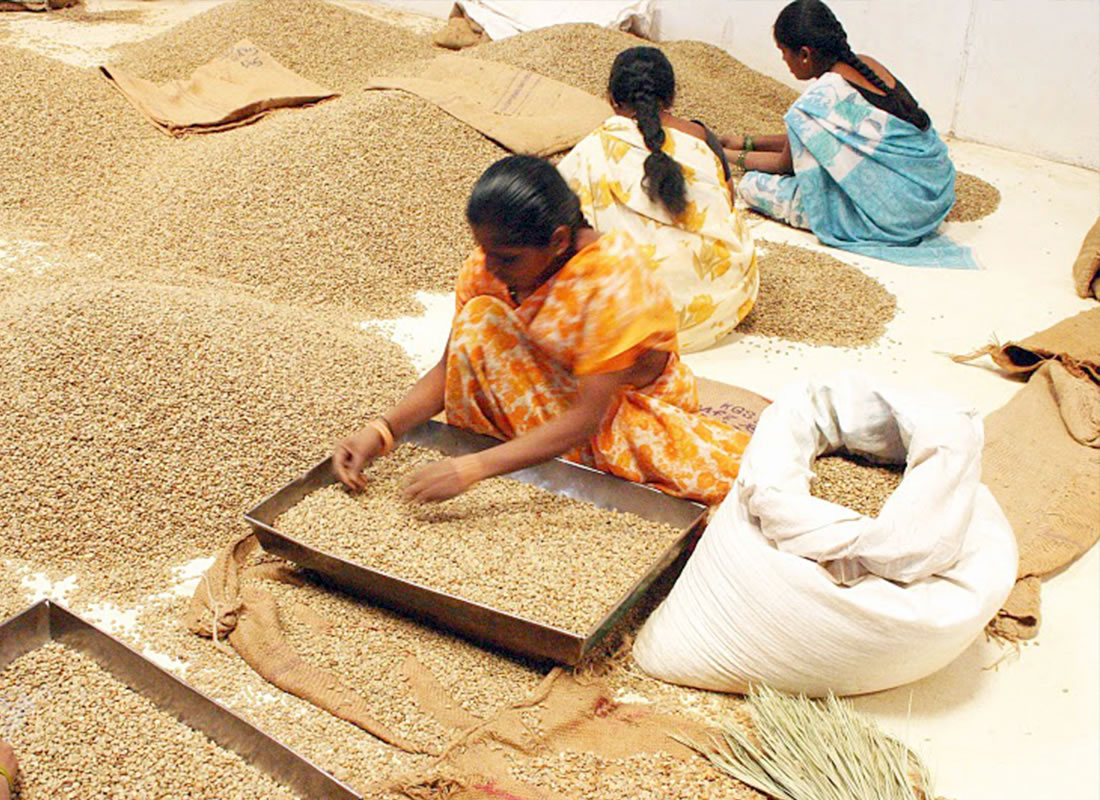 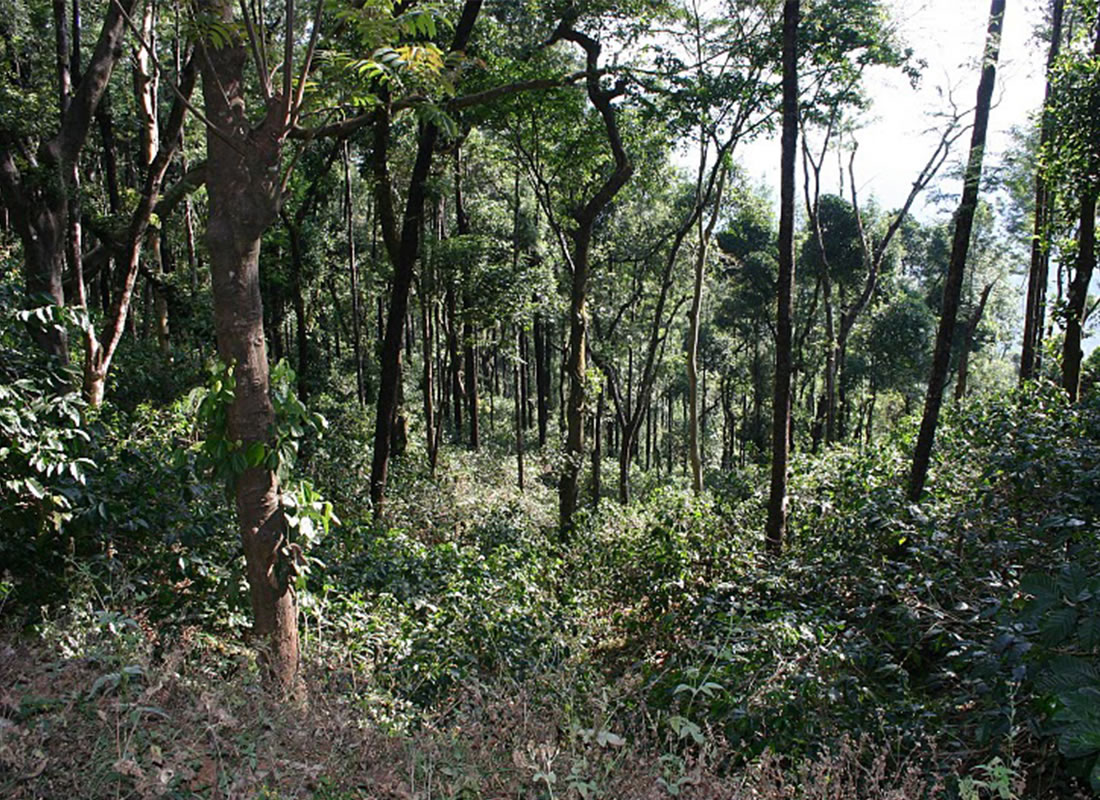 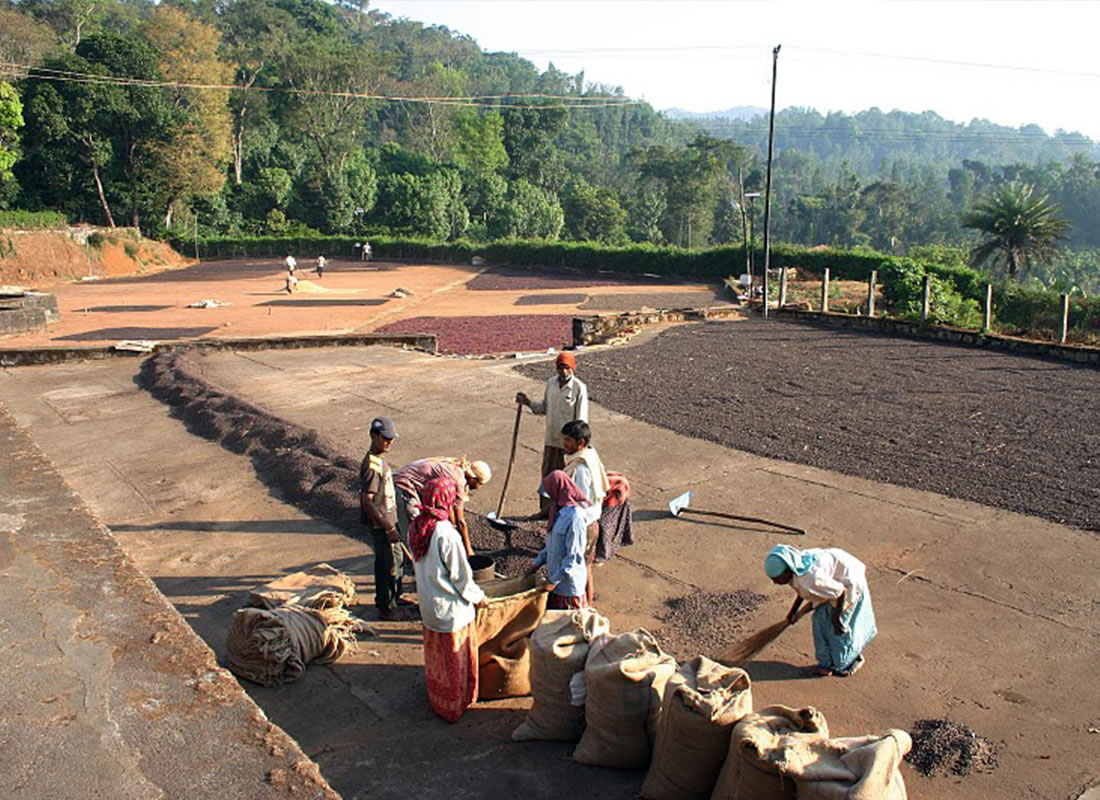 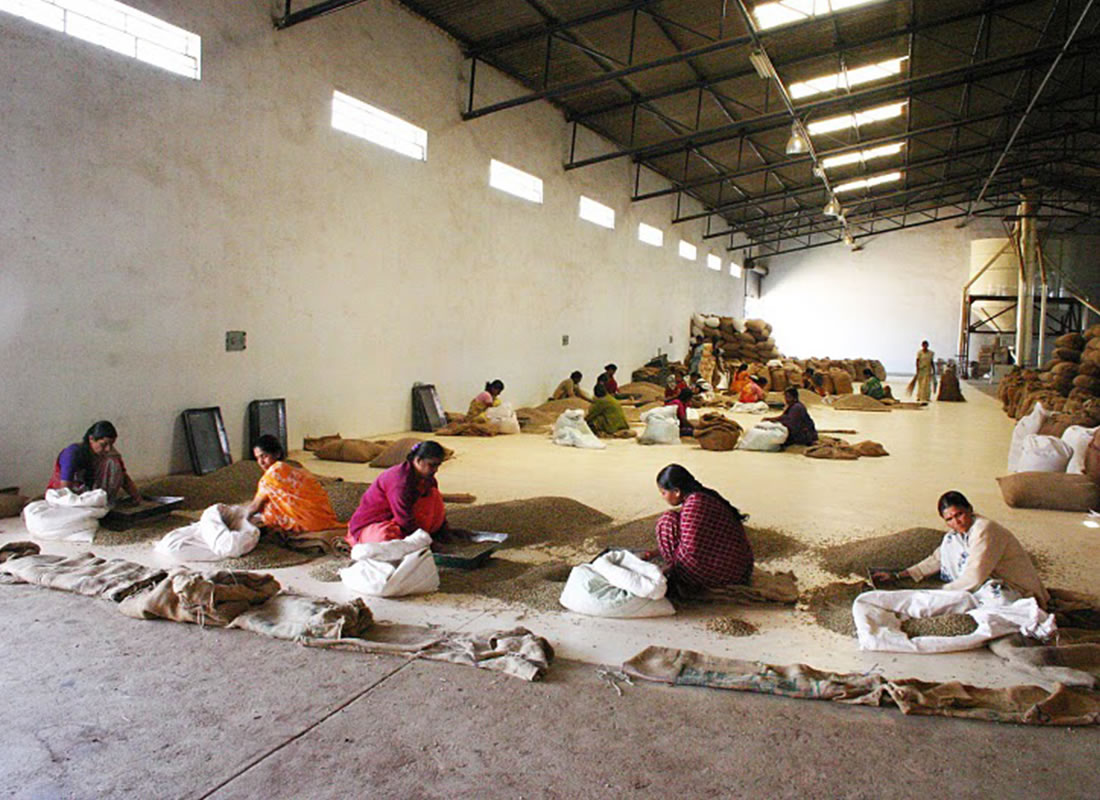